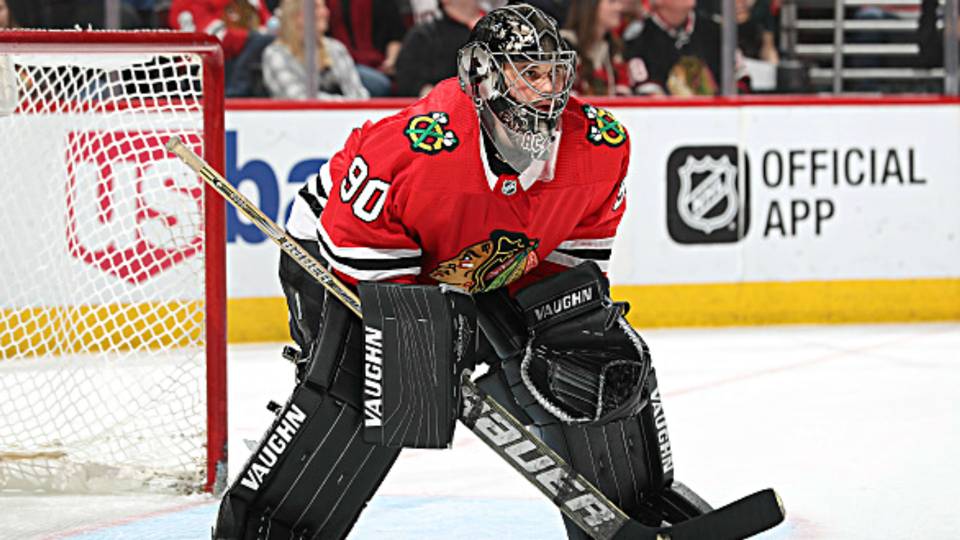 Accountant by day, NHL star by night. That is exactly what happened to 36-year-old Scott Foster.

Last night during the Blackhawks and Jets game, emergency backup goalie Scott Foster made his NHL debut when backup Collin Delia was injured in the 3rd period. Foster did not only come in, but he shined, making 7 saves as he preserved the Blackhawks 6-3 win.

Scott Foster, a rec league goaltender with no professional experience… well… HE ABSOLUTELY KILLED IT! HUUUUUGE SAVES FROM FOSTER COMING IN AS THE BLACKHAWKS EMERGENCY GOALIE! pic.twitter.com/PR1wgtGrW2

So what is an emergency backup goalie? NHL teams can sign a player to an Amateur Tryout (ATO) to be at games in case of an emergency like last night. The Blackhawks regular goalie, Corey Crawford, has been on injured reserve since December. The next goalie, Anton Forsberg, got injured during warmups. Down to only one goalie, the Blackhawks signed Foster to an ATO to serve as the backup.

Playing in the game is uncommon, but signing emergency players to ATO is not especially at the goalie position. Teams usually have a few emergency goalies they rotate between in each city just in case. Once signed, the players usually hang out in the press box or locker room in case they are called upon. They rarely ever play, but sometimes, they get to shine and Foster made the most of his opportunity.

You won’t find this opportunity in any other sport. Imagine if LeBron James was injured and then 2 of his backups also got injured so they called me out of the crowd to finish the job. That could never happen. In a blowout baseball game, managers will put position players on the mound if they’re out of normal pitchers. Hockey is the only sport that does it, which makes it so rare.

Foster saved his best for last in the post-game interviews.

Hilarious post-game interview from 36-year-old Scott Foster, who was called into action as the Blackhawks Emergency Backup Goaltender tonight pic.twitter.com/p4ExOQz8oA

Foster knows he’s not going to be an NHL star. In fact, he’s probably at work today crunching some numbers as he makes an Excel spreadsheet. But for one night, this accountant and beer league hero got to live out the dream of becoming a professional athlete. No one can take that away from him.

Scott Foster is a legend.