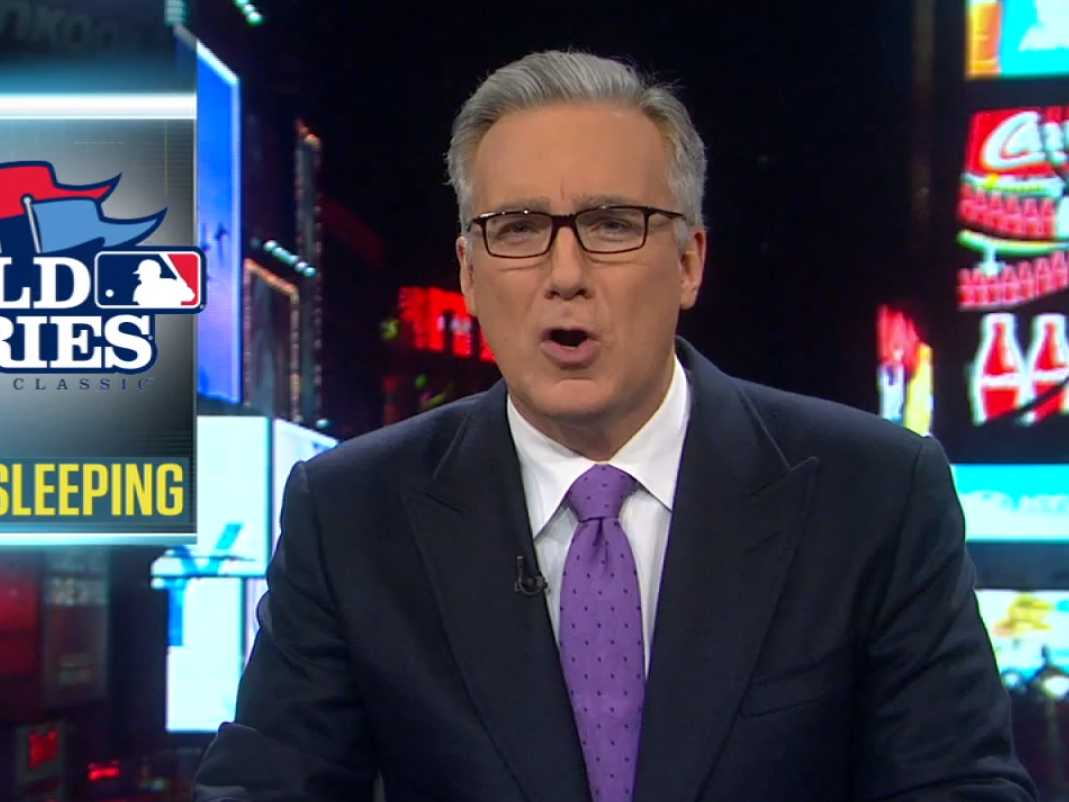 Keith Olbermann returned to SportsCenter Sunday night. It was all about Keith. At least from what I saw. After watching for about five minutes, I gave up before returning later for a little more. There were clips of him working back in 1997, and there was a stat showing how many thousands of days rest he had in between shows. Recently Olbermann called baseball on ESPN Radio. I am not sure why he was suddenly brought in to announce baseball. I’m not even sure if he announced previously. It seemed to be the first time he did this.

The guy turns 60 in January. Let’s get him a gig calling America’s pastime. Give him a Yankees game on national radio. Apparently he mocked John Sterling with one call. Or, he tried to pay tribute. I’m not sure. I didn’t hear it, but read that Keith was predictably bad. Olbermann has done numerous things for ESPN, and other networks. His list of feuds, controversies, and firings is too long for this article. He might land an occasional joke, but that is bound to happen when you fire off dozens in an hour.

Olbermann came back to host a show on ESPN that lasted from 2013-2015. I enjoyed seeing old video of classic games. One such example was a playoff game between Philadelphia and Chicago known as the Fog Bowl. Olbermann narrated highlights. Facing a 20-12 deficit, Philadelphia had possession late in the contest. Olbermann thought that Philly could tie things up by scoring with a two-point conversion if they first scored six. Obviously he was speaking over the video and wasn’t originally providing commentary. Two-point conversions were brought in years later. Philadelphia did not have that option in 1988.

I noticed his obvious mistake right away, and that totally changes the situation. Getting picked off when down by two scores is quite different. You need to score quickly and take chances. I just checked Wikipedia. They made the same error, and claimed that Philly had a chance to tie when Cunningham was picked off in the red zone. Maybe Olbermann read that. Or, he could have written it. To be honest, I don’t think Keith was big on fact-checking. Another of Olbermann’s roles was hosting the studio show for TBS during their playoff coverage. Olbermann thought the Reds-Pirates game that was moments away from starting when he hosted back in 2013 would be their first postseason meeting since the two teams played numerous times in the 1970s. Not true. Cincinnati beat Pittsburgh in the 1990 NLCS. Barry Bonds would go on to lose in the NLCS three consecutive times before heading to San Francisco. These are postseason memories that I have, and I’m about 20 years younger than Olbermann.

As I often say, there is no excuse for mistakes like these with today’s technology allowing people to quickly look things up. Especially if you are hosting a baseball studio show on the network carrying that day’s only playoff game and are curious about the playoff history between those two specific teams. I believe Olbermann made more mistakes that caught my attention around this time, but those two were quite memorable and glaring. Back then I was not taking notes for articles on this site.

Maybe Olbermann can go back to the political world. I don’t know if he was good at that. Probably not since it is in his past. The point is I don’t watch those shows. He would be out of my world once again.