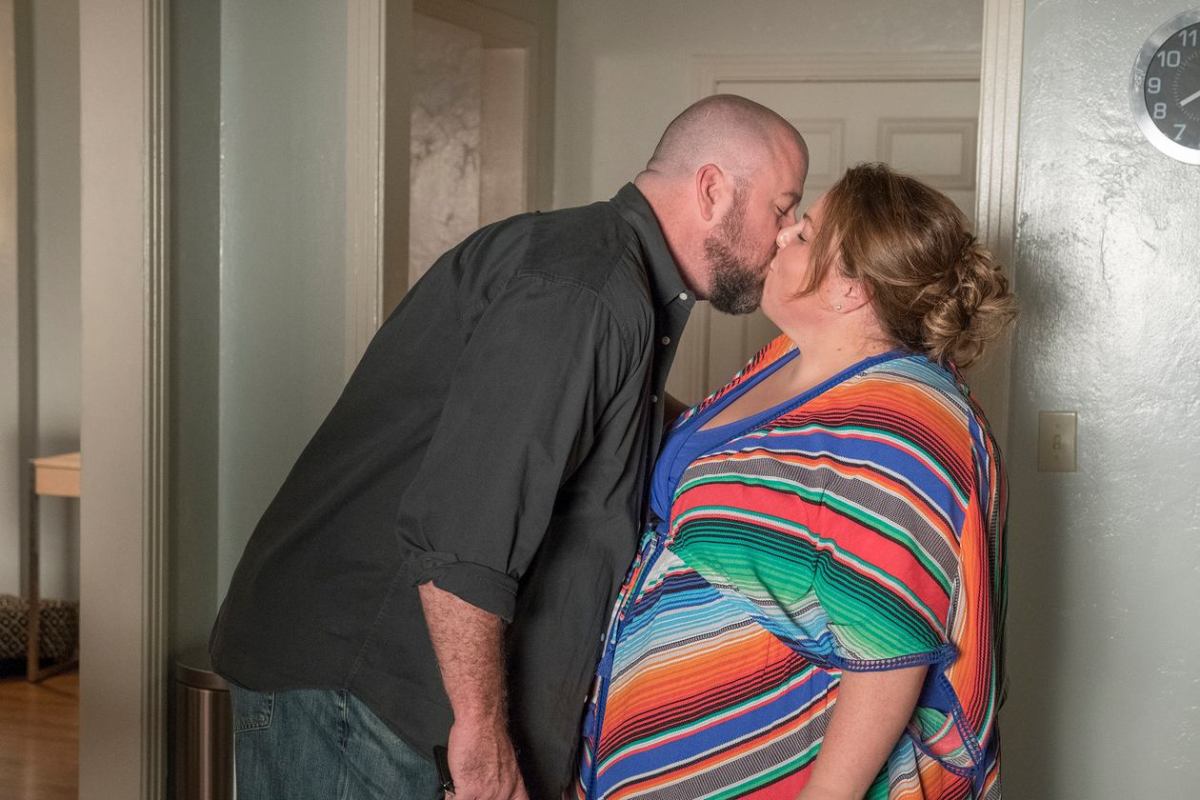 When I first heard about an episode centered around Toby, I wasn’t too thrilled. I’m not the biggest fan of Toby. I find him annoying at times and I believe he’s a “try-hard.” He’s always trying to impress everyone and be the funny guy. It’s ok for people to not like you! Toby rubs me the wrong way sometimes. That being said, last night’s flashback to Toby’s childhood gave me more perspective into why Toby acts the way he does. Mental illnesses suck so you never want to see someone struggling especially when it comes to depression and pills. Here’s to Toby coming out of his slump.

Let’s get into the recap.

– SHOUTOUT TO DAN LAURIA AKA JACK ARNOLD FROM THE WONDER YEARS. Do not get me started on The Wonder Years. We will be here all day.

Shoutout to Dan Lauria with the guest spot in @NBCThisisUs. If he brings out Kevin at this wedding, I'll lose it #ThisIsUs #TheWonderYears pic.twitter.com/jKbW0a0X0t

– As I mentioned above, I gained more sympathy for Toby when they showed flashbacks of his childhood and divorce, where he struggled with depression. I feel bad for him and it explains why he uses humor to try and cover up his illnesses.

He looks so much better with his head shaved and a beard. Why he kept the front piece of hair is beyond me.

P.S. I totally jinxed my hair now. I’m going to have “The Toby” when I’m older. Shit.

– Kate’s having a baby. Congrats! However, it came at a cost because Toby is struggling to cope without his medicine. Toby has been in a battle with his depression since he stopped using his meds. It’s going to get worse for Toby and Kate before it gets better. The scene where Kate greets him in the bed was from the season 2 finale.

I have said numerous times that Kate is going to die. Now, a reddit user came up with a theory that may play a role in her or the child’s death.

Reddit – “Something I’ve always liked about this series is it’s continuity. I’ve read some people not liking this episode because it was too much Jack. Maybe this is because I watch the show with my parents, but we picked up something from the episode. It’s all connected.

Jacks past is about connecting his past hardships to the present day hardships. Jacks dad had a drinking addiction and alcoholism just like Kevin. Jack used to be anxious and had his friend help him calm down like Jack does with Randall… Then Jack has a heart problem that we think Kate will have. Kate will pass on a piece of her dad and that will be his underlying heart condition.”

Kate has a heart condition. That is what she’s passing down to her child. It makes too much sense. I love it.

– Randall Pearson, City Councilman. I like that ring to it. The campaign didn’t go too well, but as we all know, Randall does not know how to fail so he’ll figure something out. I’m more interested in Beth, who is struggling to deal with being fired at her previous job. As a man who has been fired before, it sucks! I smell an emotional breakdown on the way.

– The past belonged to my boy Miguel. We learned that Miguel promised Jack that he would look after Rebecca and the Big Three if anything were to ever happen with Jack. Well, unfortunately, the worst case scenario happened so Miguel is the new man of the house. Miguel fixed household appliances, brought in a piano, took care of drunk Kevin, and tried to cheer Randall up after deal with a racist father. Since Miguel was always around after Jack’s death, it makes sense as to why he eventually married Rebecca. I love Miguel now so I can’t wait to see how he wins over Rebecca.

– Finally, let’s discuss Kevin and his meeting with Robinson. Honestly, the budding relationship between Zoe and Kevin took a backseat to the huge reveal at the end. Although, I am intrigued to see if the issue of race will be a continuous issue for Kevin and Zoe. Back to Vietnam. There is a new woman in Jack’s life.

In the picture, the woman was wearing the same necklace that’s currently around Kevin’s neck. Who is she and how does Jack know her? In the Vietnam flashback, the woman’s son gave Jack a fish. My mind is racing in every different direction. Did Jack have an intimate relationship with this woman? Is that Jack’s son? When Kevin goes to Vietnam, is he going to meet with this woman or perhaps, meet with another one of Jack’s kid? This is why Jack’s time in Vietnam is the most interesting storyline on This Is Us. Give me more Vietnam, please.

See you next week for Beth’s breakdown!