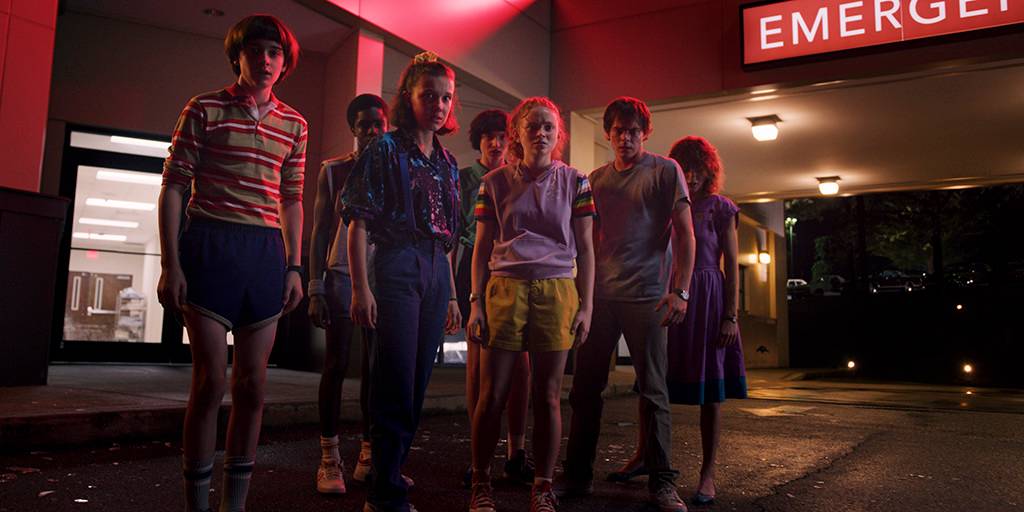 I could not think of a better start to a morning. First, I watched the first trailer for Quentin Tarantino’s Once Upon A Time In Hollywood starring Leonardo Dicaprio and Brad Pitt. Then, I watched the spectacular trailer for Season 3 of Stranger Things.

The 80s, baby! Here’s the official synopsis for Season 3.

“By mid-1985, the era whose box office was dominated by Back to the Future, Mike and Eleven have developed a romantic relationship, as have Max and Lucas.[4][5] Our heroes and heroines are living seemingly normal lives, though one year after the defeat of the Mind Flayer, things are not all what they seem in Hawkins.[4][5] The town has a new leader, the morally corrupt Mayor Kline, whose administration supported and presided over the construction of the new Starcourt Mall.[6] With the Fourth of July approaching, strange things start to happen: Lucas’ sister Erica discovers a mysterious new threat,[1] and a lifeguard at the community pool suddenly disappears,[7][3] triggering fear in those that still have the events from the previous year fresh in their minds.”

If that doesn’t get you going, then I don’t know what will. Stranger Things is one of my favorite shows on television. It’s funny, heartfelt, weird, and thrilling. I’m expecting another terrific season full of supernatural activity, Hopper dancing, and the bromance between Steve and Dustin.

The Steve and Dustin bromance is back and better than ever! #StrangerThings3 pic.twitter.com/2e8Udd7c33

I’m usually away for July 4th weekend, but this year, I might need to make an exception.