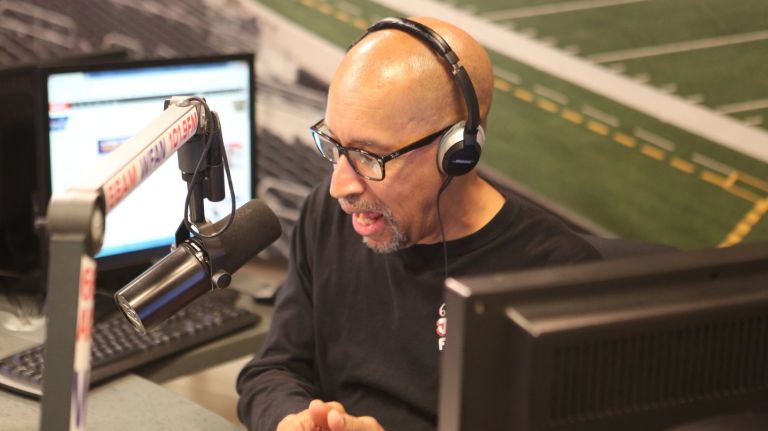 Tony Paige has been putting overnight listeners to sleep for many years. Actually, one person once wrote (it honestly was not me but I agreed) that he was left awake and angry at the stupidity from his show. Tony will be retiring in September. Some people like Tony’s show because they get a lot of time to speak. One reason is that there are usually plenty of open phone lines. Paige often babbles redundantly until someone finally calls in. If you could not tell that nobody was waiting on the phone lines, his foolish caller will often give it away by talking about how surprised he is to get on so quickly and not have to wait on hold. He’ll thank Tony for taking him right away. Paige is just waiting for anyone to check in so he can immediately take the call.

Over the years I have given dozens of examples about how bad the show is. I’ll narrow it down for this article, but I had a blog for years. The majority of it was spent ripping Tony. Paige has not hosted a Monday or Friday morning program in more than 14 years. This figures to be because he is not capable of hosting a thorough and specific football preview or recap show. I will give an example of each. That’s how incompetent he is. Tony was on in January of 2005 after the Jets lost in week 17 but fortunately backed into a playoff spot when Pittsburgh beat Buffalo. Paige could have done a real time review of what happened in one game while somebody was threatening in another. You would think this is a difficult monologue to screw up.

Well, he did it. Instead of talking about how Buffalo’s loss bailed out the Jets, Tony decided to begin his program by uncomfortably reading the week 17 scoreboard. Of course the update minutes earlier had just given all of the previous day’s big football scores. His monologue should have been filled with passion and game details. Overnights have been divided since 2005. Even though Paige works 5 shifts, he gets a double on Saturday. Morning overnight followed by an evening shift later on. Several hosts were given a show two or three overnights per week since 2005. Evan Roberts. Marc Malusis. John Jastremski. They all worked Monday and Friday. Plus, those guys received opportunities to work daytime hours when other hosts took vacations or a promotion was available. At least WFAN management knew that there was no way Tony’s shows should see the light of day.

Some things are just a matter of taste. We can have different opinions. However, Paige has made epic mistakes. One football error proved why he should not be hosting any major NFL show. It was another disastrous monologue. Perhaps his worst ever. Tony came on one Saturday morning in early 2009. Paige previewed what figured to be an exciting playoff matchup between the Eagles and Falcons. Veteran Donovan McNabb opposing the youngster Matt Ryan. Tony said that this was the pairing he really wanted to see. There was one problem. They were not playing against each other. Atlanta was scheduled to play in Arizona less than 24 hours later in a Saturday playoff game. Philadelphia had a Sunday afternoon meeting with Minnesota. This is an unforgivable mistake for someone hosting on WFAN. An embarrassed Tony had to explain that he was wrong about the schedule following his opening, and it was awkward when a couple callers later brought up his blunder.

There are so many more examples of Tony just not caring about football. He would bring his son to the library on Sundays. Guys would die for an excuse to watch football. Tony had it. Tell your wife or another relative to bring him. You have a job to do. Or, go on Saturday. Paige hates college sports. It’s not like he would be checking out SEC games on CBS or ESPN. Denver had a shocking comeback against Chicago when Tim Tebow rallied the Broncos. People were going nuts about it. Tebowmania took off. It was televised locally in New York. Paige is able to get more games than many people. He lives in New Jersey but gets channels from both Philadelphia and the New York area. Callers wanted to talk about the thrilling contest when Tony was on again. Paige didn’t see it. He went out to dinner. The guy just doesn’t care about sports. Kind of important when you host shows on WFAN.

Paige claims to be a Bucs fan, but would not spring for the NFL package. I remember him complaining when there was talk about NFL Network possibly costing less than two bucks per month. Tony wanted no part of it. One time Tony hosted on a Tuesday morning about two hours after the 4-0 Giants lost a Monday night game against Cleveland. Paige began the show talking about his young son playing sports. Tony liked to speak as if Jalen had some amazing future in soccer and baseball. However, Jalen decided to stop playing sports before becoming famous. Anyway, another monologue was ruined. One of many.

Paige also struggles with baseball. Numerous times he spoke about the 1995 Yankees. Any big baseball fan knows that the team lost their first round playoff series against Seattle. It is well known for many reasons. Tony kept saying that they played against Baltimore. Anybody over 35 who claims to be a big sports fan should know that. Especially if you are in New York, or at least work there hosting on the country’s top sports station.

Although searching for clips on YouTube or other sites probably will not give you a great idea of how awful Tony is, some comments might. I came across an interesting thread from years ago. Sometimes frustrated fans vent about how he knows nothing when it comes to sports.

The holiday weekend is over. We have suffered through Tony’s final July 4th show on WFAN. That was actually my inspiration for this article. Tony opened the show talking about how there are no more doubleheaders on the holiday. Yes, there were doubleheaders in 1969. Not really a timely topic. That was 50 years ago. There were seven. However, in 1970 just one doubleheader took place on July 4. World Series games used to be played during the day. Things change. For example, people got cable. Fans don’t want to spend 7 hours at the stadium these days. Seeing a doubleheader today is almost like a punishment. Especially for Mets fans. Tickets do not cost $1.30 anymore. Hardly any fans would stay for an entire day. If you did, food and drinks would be pretty expensive. The 5:00 reset featured his ridiculous thoughts on the matter for anybody who just woke up and happened to miss this foolishness hours earlier. When there is a single-admission doubleheader these days, Paige goes into a whole big thing about how people will leave the ballpark without knowing how it works. Previously I’ve heard him wonder on the air when they last had one of these doubleheaders that only requires one ticket. It’s frustrating to know that there were several single-admission doubleheaders in New York since two summers ago. Paige doesn’t remember that. He just knows about 1969. I also heard him talk about how one time there was a doubleheader on Friday and then another one two days later. Five games in three days. Tony knows it happened when he was a kid, but acts like that hasn’t happened since then. The Yankees had this exact scenario in 1990 against Cleveland. Big deal. I remembered, and looked it up.

I’m not gonna kill him for not remembering. His lack of knowledge when it comes to current sports is much more troubling. However, it seems like Tony stopped caring about sports and paying attention decades ago. Just over two more months remaining. My long, overnight nightmare will finally be over.