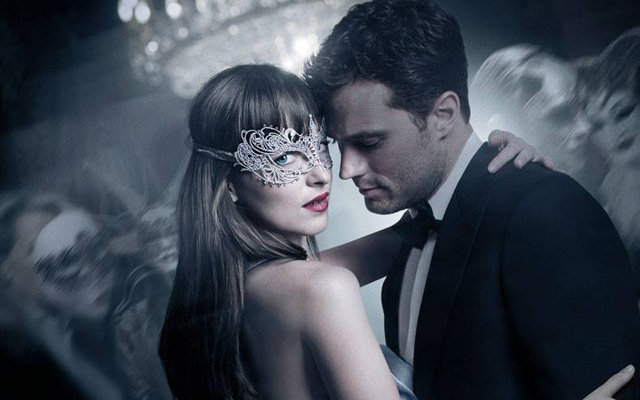 I am a single, soon-to-be 24 (birthday tomorrow, humble brag) year old guy and I want to see Fifty Shades Darker.

There, I said it. No shame whatsoever.

Here is your time to call me anyway name you want. Ready. Go.

You good now? Let’s move on.

I want to see Fifty Shades Darker. There are various reasons as to why I want to see it and they might surprise you or you may just call me a liar and say I only want to go to see Dakota Johnson’s boobs. The joke is on you because I saw Fifty Shades of Grey so I’ve already seen her boobs so I’m past the “I just saw boobs on the big screen” phase.

Fifty Shades of Grey Review – Bad, but not as bad as the critics said it was. The chemistry between Johnson and Jamie Dornan seemed really awkward, but I think whoever you put in that same situation would get the same result. Just having fake sex for hours upon hours per day? That definitely can’t be easy. That being said, there were a few laughs as well because it was one of those “this is so ridiculous that it’s funny” type of moments. One thing that is not up for debate is the first soundtrack, which was fireeeee. Ellie Goulding, Sia, The Weeknd, Beyonce. Good stuff. Fifty Shades Darker is off to a good start with T-Swift and ZAYN.

Usually when I see the first movie of a trilogy, I want to see the second one. That just makes sense. Once I start a show/ movie / movies series, I finish it, no matter how bad or good it might be. Another reason why I want to see this movie.

For the crowd that thinks I just want to watch sex scenes on the screen, that’s not the case. It’s actually soooooo awkward at times. I’m not trying to pitch a few tents in my pants if that’s what you were thinking. It’s the exact opposite. Surrounded by people watching a girl and guy moan on screen is not what I like to call a “turn on.” I also saw the first movie with a buddy of mine who is a guy so sitting next to another guy while fake sex is happening on the screen is, also, you guessed it, awkward.

It all comes back to the original question I proposed: Is it concerning that I willingly want to see Fifty Shades Darker? Ehh not really. It’s a movie. I like movies. I go to the movies a lot. No problems there.

The only problem is who am I going to see it with? Ladies, let me know if you want to go on a date and watch awkward fake sex together.

P.S. Will go with guys, too. I’m all about seeing movies alone, but this is a movie I absolutely can’t see alone. Can’t do it. Won’t do it.