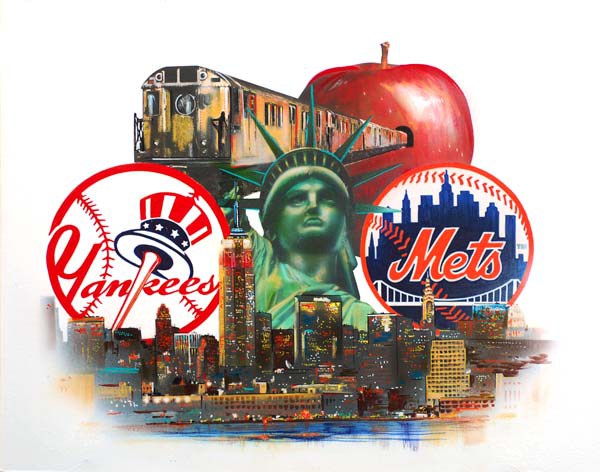 Some cranky old folks are tired of seeing the Mets and Yankees play each other in the regular season. Joe Torre used to hate these games. They made him miserable. If the Mets won, Mr. Steinbrenner was on his case. There are definitely different vantage points. Fans of the Mets are usually hoping that a good series against the Yankees can get their season back on track.

Once again the Mets are hanging by a thread. That is usually where they find themselves when these teams get together during the summer or late spring. Personally, I like when they play each other in July. I’m not really happy when there is a big basketball game going on at the same time. However, Golden State is on the verge of putting away Cleveland. The 3-0 series does not currently have much drama. Plus, the NBA contest starts two hours later. Depending on how Mets-Yankees goes, it could be over before halftime.

Those of us who have been watching regular season games between the Mets and Yankees for more than 20 years have lots of memories. Mets fans remember Matt Franco’s winning hit against Mariano Rivera in 1999. David Wright’s hit against Rivera in 2006 won another game. Dae-Sung Koo doubled against Randy Johnson in his second career at bat during a 2005 meeting. He then scored when Jorge Posada fielded a bunt and nobody covered the plate. Shawn Estes failed to hit Roger Clemens at Shea Stadium in 2002, but Estes homered off Clemens and the Mets won 8-0.

Ty Wigginton’s 2004 home run against Tom Gordon during their July 4th game snapped a tie and helped the Mets complete a sweep. Dave Mlicki’s shutout at Yankee Stadium in 1997 started it all. That was the first ever regular season meeting between the two clubs. As they have been saying for years, you can throw out the records when these two get together. One example of this was 2013. The Mets won just 74 games, but went 4-0 against the Yankees. Although neither team made it into postseason play, the Yankees were significantly better. They finished with 85 wins.

Purists say that playing six times against an opponent from the other league is too much. I counter that by saying some people don’t get pumped up for 18 or 19 games with Tampa Bay. When I was a teenager, the Yankees only played 13 games against divisional rivals like Toronto and Boston. Things change. The opponents that suffer are AL teams not in their division like Kansas City and Detroit. I would like to see less in the division with more games against those teams, but I’m most likely in the minority.

Years ago there was talk about completely rearranging divisions based on location. This would mean the Yankees and Mets would both be division rivals with Boston, and that would result in more than a dozen yearly Mets-Yankees games. Fans who think our 2018 total (six games) is already overkill wouldn’t like that very much.

There will be a sellout crowd tonight and tomorrow. Earlier this week I heard that Sunday’s game was close to a sellout. Most or all of the remaining tickets will probably go by Sunday night. Don’t be a curmudgeon. Enjoy the games. 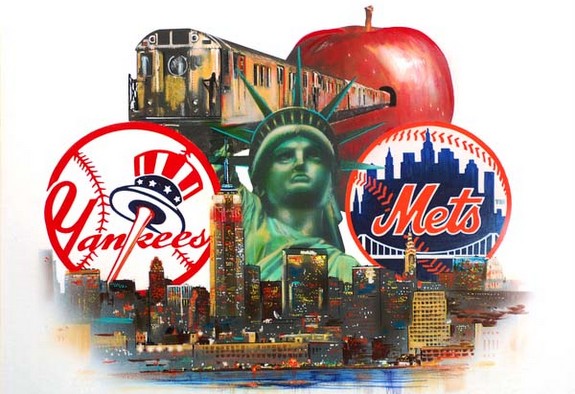 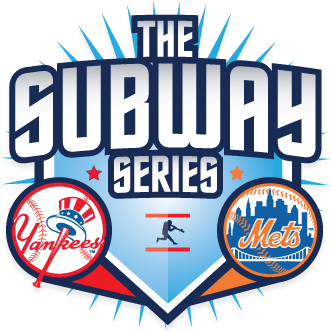 Crosstown rivals collided for the first time in 2017 last night, as the Yankees and Mets added to their laundry list of battles for the first of four Subway Series match ups. The Yankee-Met fan rivalry has dominated radio airwaves and sports talk conversations every summer since I’ve been a kid. As a New Yorker, sometimes we take for granted that our state has at least two teams representing NY in every major sport, which also creates for a divide in the local society.

After dropping 2 out of 3 to the Red Sox including a heartbreaking Sunday night defeat the Bombers bounced back with a 4-2 victory, as the 62-55 squad leads the AL Wildcard race by 2 games with a cluster of teams behind them. The Mets come into the Subway Series suffering a much different fate than most thought back in April. After a rash of injuries and selling off veterans at the deadline, the Metropolitans finally brought up prized prospects Amed Rosario and Dominic Smith to give fans a peek into the hopefully bright future, while waiving the white flag on the 2017 campaign.

No matter the situation of the two teams, this series always brings out the best in the players with the intensity of a playoff game oozing out of the fans selling out both Yankee Stadium and Citi Field over the years. The squads have done battle each year in inter-league play since the Mets took game one 6-0 behind Dave Mlicki back in 1997. The Bronx Bombers lead the all-time series though, 62-46.

I was only 7 when the Subway Series culminated with the Mets and Yankees facing off in the World Series back in 2000, so my memory of the five game series is vague. I could only imagine how it took the city chatter by storm and if it happened again in the social media era, people would absolutely lose their minds. The Mets-Yankees match up has given New Yorkers some great moments forever ingrained in history over the past 20 years, so without further a do the top five.

After throwing for a decade in a Mets uniform, Dr. K finally made his way back to Shea Stadium in what would be his last season in the bigs on July 8th, 2000. This time things were different, as Gooden donned the pinstripes. Doc went 5 innings giving up 2 runs to notch the win against his former squad 4-2. It was a long but triumphant journey back to Flushing for the 1985 NL Cy Young winner.

4. Mariano Rivera Locks Down Save Number 500

June 28th. 2009: Enter Sandman. The final meeting between the Mets and Yanks in 2009 proved to be a historic night in the illustrated career of the best closer ever, Mariano Rivera. Mo came on in relief for the last four outs to secure career save number 500 (only the 2nd person to achieve the feat). 42 also helped his own cause drawing a walk to earn his first career RBI in the 4-2 win.

June 10th, 1999: Six lead changes took place as the Bronx Bombers launched six homers in the back and forth battle. The Mets were down to their last strike with pinch-hitting Matt Franco at the plate after a Mike Piazza walk loaded the bases. Franco’s base hit to right off of Rivera scored Henderson and Alfonso to cap off a thrilling 9-8 walk-off win that many Mets fans still talk about to this day.

2. Luis Castillo Drops A Can Of Corn

June 12th, 2009: Seeing this play probably still causes Castillo some PTSD, as the normally sure-handed infielder dropped a pop-up that would have ended the game, but instead the error went on to give the Yankees a 9-8 walk-off victory off the bat of none other than Alex Rodriguez. Moments like these signify the big brother-little brother dynamic in this town and the dysfunction of the Mets as an organization.

June 9th: The Piazza-Clemens dynamic made for many memorable moments over the history of the cross-town rivalry so I just couldn’t limit myself to choosing one. Going back to June of 2000, Piazza who killed the Yanks, launched a grand slam off of Clemens to give the Mets a 4-0 lead.

July 8th: Roger wasn’t afraid to go after anyone and Piazza was going to be his next victim of retaliation. Clemens got to face the Mets catcher a month later and beaned him with an 0-1 fastball to the head, which made a groggy Piazza unconscious and knocked him out of the game. A scary sight indeed.

With intensity at an all-time high, Clemens and Piazza faced off once again in the first inning of game 2 of the Subway Series. Piazza fouled off a 1-2 inside pitch that jammed him and ended up breaking his bat, careening the barrel right back at Clemens, which he then picked up and ended up firing in Piazza’s direction up the line. The over-reaction cleared the benches before umpires restored order. Clemens claimed after the incident that he “had no idea Piazza was running on the foul ball.”